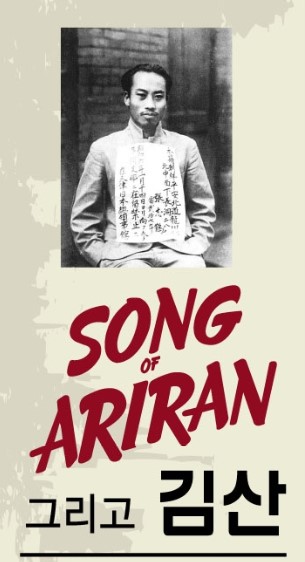 ◇‘Arirang is One,’ a message of North and South to UN

◇‘Arirang is One,’ a message of North and South to UN

◇‘Arirang is One,’ a message of North and South to UN
Arirang, lyrical folk song in the Republic of Korea

Many felt a sense of loss from the separated registration of North and South Korean Arirangas UNESCO Intangible Cultural Heritage of Humanity. It is an undesirable result of the registration of ‘Arirangof ChineseKoreanethnic group ’ asUNESCO intangible cultural heritage in 2011. We have registered the ‘Arirang Folk song in the Democratic People’s Republic of Korea,’ as UNESCO intangible cultural heritage of humanity, followed by North Korea registering the ‘Democratic People of Republic of Korea Arirang folk song’this year. Consequently, even the Arirang was separated as the nation.

Although there are some interpretations that the importance and values of Arirang was globalized by the South and the North, the effects beyond the competition among Korea, China and Japan for number of UNESCO registrations every year is also considered to be significant.

-Accordingly, we would like to wipe out such doubts and to recover the sense of loss by taking the effect of an agreement regarding the intangible heritage of humanity and UNESCO world heritage. Thus, we are sending this message of our wishes to UN.

-We are striving to expand the spirits of Arirang to universally with a belief that Arirang is a detailed evidence for the homogeneity of the unified Korean nation.

-We must expand the opportunities for interactions in order to share the homogeneity of the nation, created by the unique history of Arirang, with North Korea and out people around the world.

-We are aware of the fact that Arirang is not an asset that is bounded within certainregions nor an object of original-oriented preservation, but is a public asset with infinite values. Thus, we take the pride of being the voluntary subjects of transmission as the one and only compensation.

-If the shared-registration becomes effective upon the agreement between North and South Korea with a mediation of UN, we will be able to achieve the creation of a unified spirit and intangible heritage of humanity values of Arirang. This is the reason why we have been striving to sing, study and creatively transmitting Arirang.

-We are aware of the fact that there is an urgent necessity for communications between the North and the South in order to overcome the bitter reality of separation and we strongly believe that, a successive agreement upon the shared-registration in UNESCO between North and South Korea must be achieved in prior to anything else.

Since the spirits of the times nowadays are what let us to overcome the contradictions and conflicts around the world between regions and nations, the values of Arirang will attribute as a solution. The mediation of UN in the agreement for shared-registration will certainly attribute to creation of the values of intangible cultural heritage of humanity.

Therefore, we sincerely request and desire for the active mediation of UN for the shared-registration in UN.
Arirang 기자의 전체기사 보기